Marijuana Aggressive Trial Attorney With a Reputation for Success 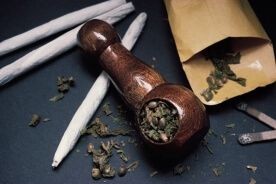 In the State of Florida, possession, cultivation, or trafficking marijuana is a serious drug crime, despite the fact that over 15 states have de-criminalized possession of minor quantities. Marijuana is a Schedule 1 controlled substance, which is the most dangerous class of drug under Florida law. Possession of less than 20 grams can carry penalties of up to 1 year in jail.

If you are facing a drug crime charge involving marijuana, you need a Miami-Dade County marijuana crimes lawyer representing you that has extensive trial experience. By retaining The Law Offices of Eric M. Matheny, P.A., you will be working with a seasoned trial attorney who has a reputation for toughness when defending his clients. Attorney Matheny formerly served as a prosecutor for the Miami-Dade State Attorney's Office. He knows both sides of the law and his clients benefit from his insight into the criminal justice system.

If you are accused of selling or possessing marijuana with the intent to sell within 1000 feet of a school, university, church, park, or day care center, you can be charged with a second-degree felony.

In order to be arrested for selling marijuana, typically a police officer witnesses a transaction (marijuana in exchange for money), or in many situations, the officer is the buyer (undercover operation).

These undercover drug buys are common. Cops have eyes and ears all over town. If they receive information about possible drug activity, they may try to set up drug buys with suspected sellers.

There are many defenses available when this occurs, namely entrapment. In other words, did the officer who was acting as a drug buyer coerce, threaten, or put undue pressure on you to sell the drugs? Is this something that you normally would not have done?

If you have been arrested in Broward County or Miami-Dade County for selling marijuana, contact me to discuss defenses to your charges.

It is illegal to cultivate marijuana or to knowingly provide a property where these activities take place. If you are charged with growing marijuana in a drug free zone, such as near a school, the penalties imposed are increased. If you are a landlord and your property is has been used in a marijuana grow operation, charges could be filed against you. If that is the case, it would be a key factor to your defense to fully establish that you had no knowledge of the illegal activities taking place on your property.

The laws governing marijuana are as severe as for any other Schedule 1 drug. The definition of a Schedule 1 drug is that it has a high potential for abuse and no known medical benefits, and is in the same legal category as drugs such as cocaine and many other dangerous drugs.

Contact our Miami-Dade County drug crime lawyer to receive a free initial case consultation. Our firm has achieved many successful case resolutions in drug crime cases, and is involved in fighting for the rights of those charged with marijuana crimes including possession, possession with intent, trafficking and cultivation.